In a nutshell is halfway between my "first listen" and full album reviews. I listen all the way through a record ONCE and spew my thoughts...here is what I thought of Ryan Dishen's record "New Window"... 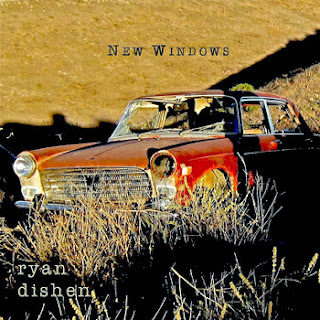 WOAH, my headphones were up to loud. Ryan Dishen’s new record “New Window” launches in with “Past the Golden Gate”. The vocals are reminiscent of some early 90s punk music in the annunciating and overall tone, but the music is kind of joyful and exultant in its other sonic qualities. Its a bit more acoustic I guess...but with a lot of other moving parts. Its not heavy on the grunge overdrive pedal, that is a good thing. He likens himself to songwriter Kristian Matsson (“Tallest Man on Earth”) which I can see the resemblance of, perhaps a tad heavier.

The record is filled with interesting synth, bells, guitars and percussion additions. The vocal harmonies run rampant. I really enjoy the musicality and interesting instrumentation throughout the record. Its well recorded and mixed.

“The Sidewalk Shakes” doesn’t really do it for me…it’s a little too “Blink 182” punk vocals for me (listen to pronunciation of “year” in the first line). Thought I do have to say, at least Dishen is sticking to his own sound, taking what are obviously his own influences and changing things up to be his own sound. I certainly commend him for being an artist in that respect. The opening and closing track (closing has a mandolin in it, so you know I am won over) are probably my two highlights. The “punk influence” is there, but not as obvious and blatant as on some of the other tracks. The arrangements on both tracks are different and interesting. “Enemies on the Horizon” is another stand out track for me. 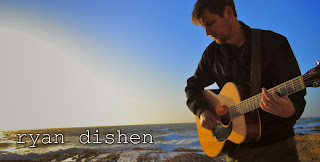 In a nutshell, I would give this another listen. It’s a good record for a day at the office doing work, going for a run, or a long car ride. Stands up rather well in all instances and is interesting enough that all the songs don’t sound the same. The record has a nice variety, commercial appeal, and isn’t like most cookie-cutter stuff out there in the genre.

Give a listen for yourself on http://ryandishen.bandcamp.com/