Catching Up With: Dave Mirabella of The Rationales


Dave Mirabella is probably one of the most loveable rock n' rollers in town. I've known him and his great band, The Rationales for a number of years and always been a fan of their catchy tunes that just make you want to dance. Its rock for the type of people who just want to have a damn good time. The fellas have a new EP out and so I caught up with Dave to answer a few questions and talk shop about the band and what the future holds (review is forthcoming...) 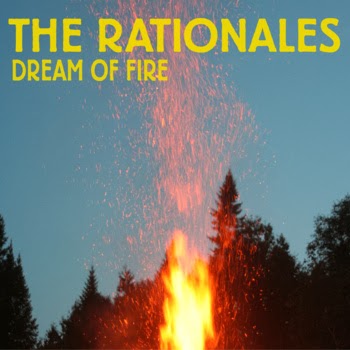 DM: The Rationales are 5 guys who bring a bunch of influences together to make what has been called 'lushly crafted American songwriting full of hooks, harmonies, and heart.'  We reside in the slice of the venn diagram between rock, alternative and Americana. I just prefer to think of it as music we need to play, that we want to listen to and that we hope you do too.

2)      Tell us about the new record. Where it was recorded, who is on it, how long have you guys been working on it?

DM: Dream of Fire is our new EP - its drawn from a collection of about 12 new tunes that were meant to be a full length, but rather than wait the time it would take to fund a full length we decided to break it out into 2 or 3 EPs and get them out as soon as we could. The original plan was to do one EP tied to each season of a year - sort of a concept series... but we decided rather than force a theme to just go with the songs that made the most sense together.  We went into Q Division and cut the basics all live. The whole thing was finished tracking in 24 hours of recording. Of course there were some vocal overdubs but you're hearing bass, drums, guitars and keys almost all live off the floor in every case. It really helped to make it carry a bit of the energy we feel when we play live that had been hard to generate in the studio building songs by layers in the past.  It featured everyone in our current lineup plus Matt Goldfield, who hadn't left the band yet and he played keys on it. It also featured our former guitarist Pete on the track "Radio" which had been recorded a year earlier but never released in physical form. We also had a couple of guests (Davina Yanettey on trumpet and Jenn Locke on Glockenspiel)

3)  You guys have seen some changes over the years and when I saw you last at the Sinclair in December, you all were totally on point and sounded the best I have heard yet. How do you feel your sound has developed and matured over the past months and years?

DM: There was a shift with the new material to be less conscious about what we were doing. Not to worry about whether it sounded 'like the rationales' or was 'catchy' or whatever. We reached a point a few years into this now that we realize we really are, in the end, only doing this for our own enjoyment and that we should behave accordingly.
There may have been an effort in the past to put forward the most driving/powerpop/etc. side of the band - this time we just said when we hit upon something we like then that is 'The Rationales' and no self editing came into it. It really freed us up.   The different lineups of the band have all been great in their own way, but the current lineup has this amazing combination of energy that allows for it to be that we are all really feeding off of each-other when we play.  The way things are now its just the case that we all love what we're doing and all for the first time realize that while  'the music' part is obviously the most important part - that really it needs to be what WE take care of on the back end... that the performance side isn't only about presenting the music, but its about energy and connection and putting more of yourself out there than just the material. Personally I've been working at getting healthier and more in shape and it definitely helps things to be up and moving and doing my share in that department which helps with the energy as well. 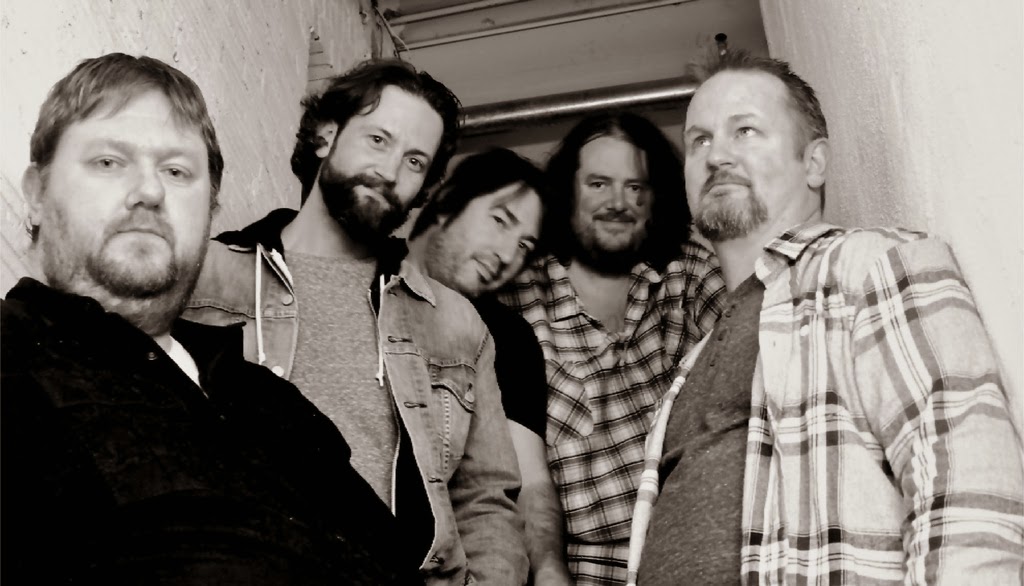 DM: I do most of my writing sitting at my desk at home. Almost every free minute i have i sit with the acoustic in hand - and am just playing. not really trying to write, not really practicing. Just playing looking for inversions and riffs that catch my interest. There's very little conscious planning that goes into my songwriting. Its just play until something catches my interest - a progression i like which then leads to a melody over it - in all the best cases the song just pops out - a chorus and bridge already apparent. I'm not really one for working endlessly on songs. either they come easy or they sit for a while until they're 'ripe'. I hate trying to force things. Everything starts out with scratch vocal melodies and then i take subconscious cues from the form that the melody and rhythm of that melody take - and that will lead the words sort of subconsciously filling themselves in as they go. As for inspiration? I'm inspired by everything I see, landscapes, cities, personal interactions, but mostly by what I see and do as a music fan - every band I see, every photo of a band onstage, every sound i hear makes me wish I were doing it or if I am doing it, it makes me wish I were doing it more often or better.

I think in terms of the songs I've been happiest with the inspiration is almost always happenstance. Usually based upon the guitar being in a good place that day. Those who play guitar will know that you can be in tune but not really have it ringing out in tune, sometimes you're fighting against the sound of the instrument (humidity, temperature, intonation, tone, etc.etc.) but then there are the days where the guitar is just as happy as can be. everything resonant, you hear the strings, the wood, the air, your fingers, your thoughts,etc.etc.  there's nothing more inspiring than that. just having a sound in your hands that is totally pliable and beautiful. Its like you found a perfect channel to write something special in those cases.
Then I bring stuff in to the band and they really do make it their own. Rhythms change, arrangements change, dynamics, etc. I can be an intense process but the result is always better than what I would have done on my own, Which, really, is the point of working with other people to begin with: to get someone else's secret ingredients in the soup that you don't have in your own pantry. right?

5) Who are some of your favorite local acts? Who is making some noise in the scene today that you think readers should know about?

DM: I admire so many local bands - I get really obsessive about things I love and listen to them over and over at the expense of other things I could be checking out... so apologies to anything I leave out - but I've spent the last year really focused on the latest CDs by Autumn Hollow, Kingsley Flood, Hallelujah the Hills, The Field Effect, M.G. Lederman, and a band from New Hampshire that I really like called Tan Vampires. I'm really looking forward to the new Aloud record and have really enjoyed live sets of late by Thick Wild, The Deep North, Cat Sounds, The Wrong Shapes and The Rotary Prophets. There is always so much great stuff happening in this town.

6) Boston is also been recently noted as a very community driven music scene. How have you experienced that and what are your thoughts?

DM: There are so many great people working trying to foster support for New England music in general and individual scenes as well. I came into this really weary of the word 'scene' - a lot of it is semantics - but I'd always had a hard time not equating 'scene' with 'clique' until I saw how hard some people in town are trying to overcome that dynamic. I love to see a community form and people support each other - but the other side of that is human nature is just such that people (bands) pair up based on connection, like-mindedness and admiration/friendship ... which then by its nature inevitably excludes or marginalizes others. Eventually most 'scenes' have to fight against turning into something of a closed off, political rat race where the work of navigating the 'scene' takes up more energy and effort than the art ever could. 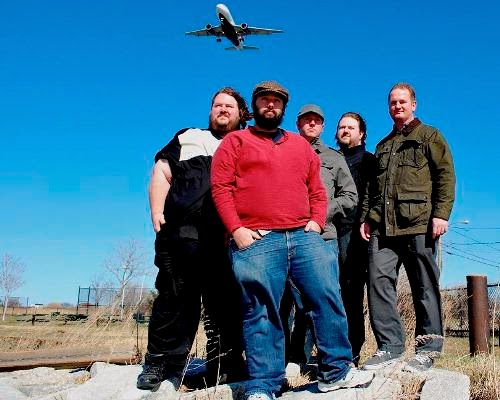 Not to say that community and like-minded support is a negative thing - its great, And it's particularly
great that it seems lots of people in town are conscious of this and try to find ways around it. The next step and an important one in my eyes is to break down the walls between the individual scenes and genres - to have the top taste makers in town really be conscious about mixing things together - it works SO well when it does happen (the rumble which features lots of styles, the Americana fest which often steps fairly far into the indie and rock side of things, etc.).

We are great friends with and have a lot in common with people in not just the rock scene, but also the Americana scene, the power-pop scene, the diy/indie rock scene, the art rock scene and everything in between but we can't really fit completely into any of them because all of them associate us with the other ones - And in a way I like that.. I don't saying it as a complaint at all, i like the freedom to be able to play with anyone.  I wish it were more common for more people to come out of their comfort zone and worked across genres beyond just the intuitive connections. More people being all-in on being a bridge between them all, is something that is needed to combat a world where everything is SO niche oriented. I like being around like minded people too, i get it - but you need to mix the bloodlines or the kids suffer - right?

7) And lastly, what shows do you have coming up? Plug away. Its your chance for shameless self promotion!

DM: The next Rationales show is coming up Wednesday March 19 at TT The Bear's - We've been meaning to play with our pals in Butterknife for a while and the chance finally worked out. AND we are psyched that Varsity Drag are on that bill. It should be a great night.

Check out the new record on the boys bandcamp page.

Posted by Red Line Roots Music Blog at 9:30 AM