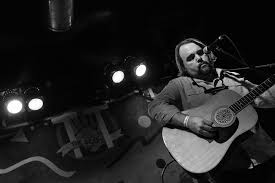 Nate Leavitt has been described as being able to break your heart with 30 seconds worth of a song…I have listened intently and it’s true. There is a deep amount of heart, sorrow, and persistence in this man’s songs. I can honestly say I really love Nate’s tunes. He is a songwriter after my own heart, writes about the darkest of human emotion that some folks are just plain afraid to touch on. These songs make me feel something, which is what music is supposed to do.

Nate was kind enough to “pre-package” a nice little “what you need to know” for me and makes this post a lot easier for this writer! Be sure to check Nate out at Café 939 with his new live solo band, consisting of a bunch of great musicians from all walks of the music scene here in Boston, playing his wonderfully crafted and emotionally charged songs.

"Where Did Your Love Go" (release date Tuesday September 17) is the first single off Nate's full length solo debut, "You, Me and the Silence."  The song represents the tone and overall theme of the album and stays true to form stylistically continuing with his ghost-like folk music.  "Where Did Your Love Go" was the song that gave the album it's clarity and direction.  The song was recorded and produced by Nate and Dan Nicklin (OldJack).  Nate sings and plays most of the instruments on the track.  He also recruited Phil Aiken (Phil Aiken Army, Jenny Dee and the Delinquents) to play Piano and Jason Meeker (OldJack) to play drums.  The track is available for fans to buy at http://nateleavitt.bandcamp.com/

Tuesday September 17th, The Red Room at Cafe 939 with full band.  Also on the bill are the melodic, indie folk rock band, Barnaby Bright who are currently on tour supporting Vienna Teng.  Opening the show is Cara Domings a pop, singer-songwriter and guitarist from Boston.

Currently being billed as The Nate Leavitt Band until a more original name can be discovered (it could be called Nate and the Greats considering the lineup).  In addition to Nate being the lead singer and guitarist, he has Dan Nicklin (OldJack) on guitar, omnichord and vocals, Magen Tracy (Parlour Bells) on piano and vocals, John Maloney (The Rotary Prophets) on bass, Ned Gallacher (Ad Frank and the Fast Easy Women) on drums, Brian Carroll on mandolin and Noel Coakley on pedal steel.

"You, Me and the Silence" the forthcoming 10 song full-length debut is a follow up to Nate's 2011 EP 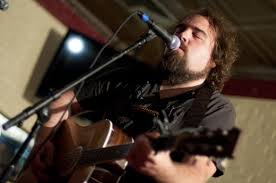 "Inference."  A deeply personal narrative about loss set to the sounds of classic country rock, played out like an old folk tale.  It has been said that Nate needs no more than 4 minutes to break your heart.  Nate wrote, produced and recorded the majority of the  album and also played most of the instruments.

Nate has been performing in the Boston music scene for a little over twenty years.  While most of that time was spent with the Supercharged Soul band The Blizzard of 78, he now makes his time with the bands Parlour Bells and Old Jack he also performs as a solo artist.  Nate's acoustic based, ghostly-folk debut EP "Inference" received many positive reviews like this one from Jonathan Perry of The Boston Globe, "Effectively reflecting his affinity for the softer sounds of singer-songwriter folk and alt-country of the Ryan Adams (circa “Heartbreaker’’) variety...Inference is an emotionally stark, bare-bones affair that puts his plainspoken, plaintive voice squarely front and center."  Alex Schab of The Weekly Dig wrote, "Nate Leavitt’s solo debut packs a lot of power—subtle, ghostly, chill-the-flesh-off-your-bones power. Which says a lot, considering this is a folk album."  Also Ryan Spaulding of Ryan's Smashing Life said, "Leavitt is a gifted soul who deserves this attention and more. Regardless of the name he plays under, most everything he touches turns to gold. Highly Recommended."

Nate is currently working on a full length album being released in the Fall of 2013 called "You, Me and the Silence."  Once again he takes on the role of performer, engineer and producer while playing most of the instruments and recording in his home studio.  People are relating it to Dylan's "Blood on the Tracks" as the material is personal and focuses on a major change in his life.

The first track can already be bought here: Nate's Bandcamp and its an excellent tune. Be sure to keep an eye out for the rest and check out Nate's show tomorrow night at Cafe 939!


http://nateleavittmusic.com
Posted by Red Line Roots Music Blog at 10:10 AM